777
0
previous article
Who are the Best Video Game Trash Talkers?
next article
Games That Should Be Made (But Probably Never Will)

If VR Tech Gets Cheaper Will More Gamers Opt For It? 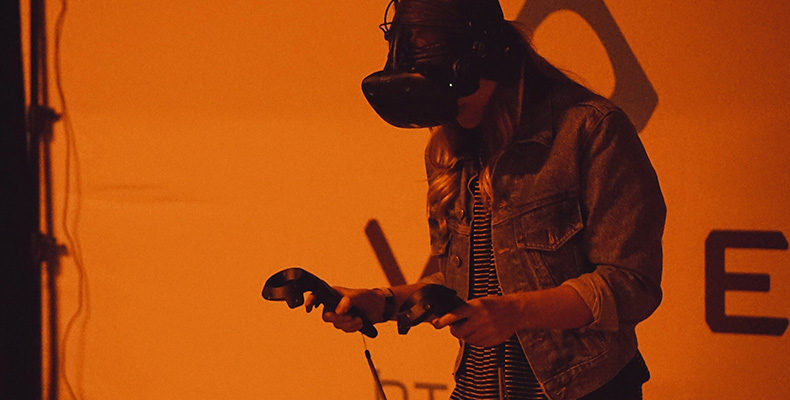 Virtual Reality (VR) makes use of computer technology and replicates an environment.  VR allows the user an immersive experience so instead of them just looking at a screen they are able to interact with a 3D world.  VR attempts to copy the senses, hearing, touch and smell.  VR requires a headset that will fit around the head over the eyes and will visually separate the player from a physical space.  Images are then projected to the eyes from two lenses.  It is possible for players to hike through the Grand Canyon, enjoy a visit to the Louvre, play at NZ casinos online or even be immersed in a movie.  With VR the possibilities seem endless.  Cost of course is always a factor and this article will look at the various technologies out there.

Google Cardboard is the cheapest option and is basically just a piece of cardboard that has been folded with embedded lenses.  A mobile phone, any Android or iPhone can be used, is then put inside which is then pressed against the gamers face and entry to another world happens.  This VR option is fun and inexpensive.

The Samsung Gear VR is an affordable VR option and is easy to use with good audio visual quality and the apps for this VR continue to grow as more games are developed.  This particular model is also more comfortable and gamers can also charge their phone while playing.  Samsung Gear VR only works with some Samsung phones and is not compatible with Android or Google Cardboard.  This option tends to be less immersive than the Rift.  Samsung is in the process of updating their VR products which should give other platforms competition.

The Oculus Rift is a more expensive VR option, but gives gamers a more immersive experience.  The Rift will track a gamer’s head in every direction which means that gamers can get up close to virtual objects.  Gamers will need to have a powerful PC specifically designed for gaming together with a special cable which attaches to the head piece.  The Rift can only be used with a PC, but with Windows 10 cross-device compatibility a gamer that has a Xbox 1 will be able to play some of their games.

The HTC Vive is a more expensive VR option, but offers gamers an incredible VR experience with great visuals and motion controls with room scale tracking.  The Vive hardware lets gamers know where the walls are.  The Vive, like the Rift, also requires a powerful PC with long wires which may take some time to set up.  This option is currently one of the best VR devices and allows gamers to not only use their head and eyes, but also their body and hands in a virtual reality environment.

The Sony PlayStation VR is considered an affordable option to the Rift and Vive.  The PlayStation VR works with a PlayStation 4 console so for gamers that already have the console they would just need to get the controllers.  The graphics are not quite as sharp as the Rift or Vive but the quality is still good.

VR seems to be the future of gaming and offers gamers an immersive real life gaming experience.  The VR options although expensive will definitely become more affordable allowing many more gamers access to the world of virtual reality.