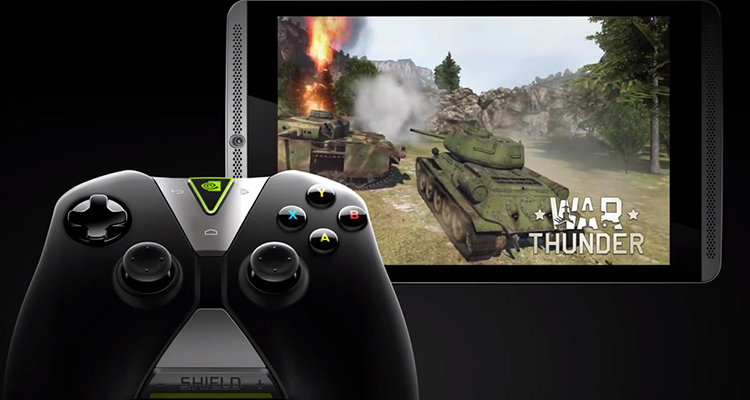 Nvidia recently launched its second-generation shield tablet, and from what we’ve seen, it is a big upgrade over the previous version.

Unlike the previous Shield tablet which came with its own controller, the latest model comes by itself, which means you have to pay for the controller separately. From the performance we have seen from the new tablet, it is worth it.

The new controller connects to the Shield tablet through a customized low latency Wi-Fi link. The latest model is powered by a Tegra K1 quad-core 32-bit processor, which Nvidia debuted at the CES last year. They also have a 64- bit dual core Denver processor in the works.

By making the new Shield a standalone tablet, Nvidia can now upgrade some of the system components. It also allowed them to make some changes to the appearance of the tablet. The new Shield has an 8.4 inch display, which is a big upgrade from the 5 inch display the previous version has.

The controller looks similar to the controller on the previous version, but a few changes were made, such as taller analog buttons, and the placement of some of the buttons.

The new Shield also includes a stylus, which wasn’t available in the previous version. It has a great built in audio system, and supports 128 GB of microSD cards. The tablet also has a four way controller support, and can be hooked to a television using mini HDMI, allowing you to play your games on your big screen television if you feel like it.

As previously mentioned, you have to buy the controller separately, which means you will end up paying a little more than you did for the previous version.

According to reports, the new pad compatible with PCsas well, so you aren’t limited to just the Shield tablet. Nvidia also claims that the control pad can be voice controlled which means you can use voice commands for your games and movies.

One of the reasons that the Nvidia Shield tablet is worth the price tag is the fact that Nvidia used all the feedback they received from the original Shield, and used it to create a much better product this time around. The new tablet also supports more games than its predecessor did.

Nvidia also said that the new tablet is 4k ready, which might be stretching the truth a little because most 4k ready devices cost a lot more than the price tag of the Shied tablet.

While the new tablet definitely an upgrade from the previous version, its price tag might be a turnoff for some people, because it is more expensive than the PS Vita, and $40 less than an Xbox One or PlayStation 4.

Portable
About the Author
Nick Saban

Nick is a social and community editor for news. He spends his time figuring out how to involve readers better in our journalism, and trying to ensure we cover the topics and angles they want us to cover. He also writes about politics, books, music, film, technology and cycling.
You might also like
Portable

Portable gaming has always had a charm about itself, right from the days of original Nintendo Game Boy. With portable gaming devices, the gaming is not just restricted to your living room. With passage of time, the handheld gaming devices have evolved quite significantly, and the quality of graphics that these devices can support these […]

After the success that they had with the Wii, Nintendo was expecting something similar with the release of the Wii U. Unfortunately, the Wii U hasn’t come close to achieving the success of its predecessor. The disappointing sales figures of the Wii U led to the company turning their focus on another product, the Nintendo […]

Nintendo Announces The 2DS, A Slate-Like 3DS Without 3D

Nintendo recently announced a new line of handheld gaming consoles, called the 2DS. The company decided to release the 2DS due to the fledgling sales of the 3DS. One of the reasons why the sales of the 3DS have been disappointing so far, is the fact that the console, which is supposed to allow you […]