No Narrative, No Life: Are Games Better Without Stories? 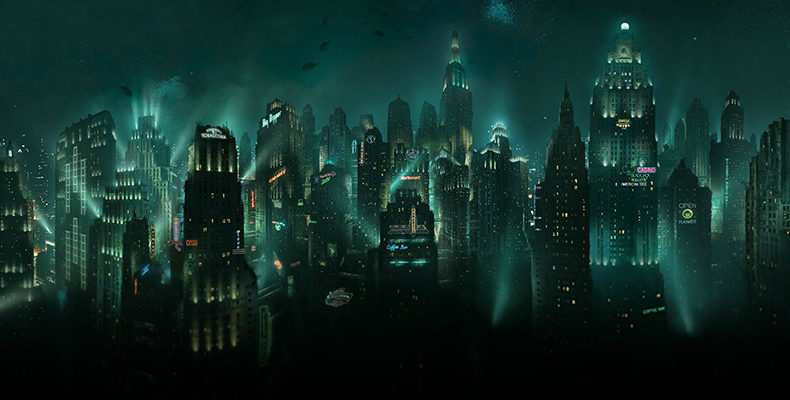 Over the last decade, it seems that some games developers have been preoccupied with creating interactive stories with intricate plots that could rival those formed in film, literature and television. Within these games titles, players are encouraged to interact with digital characters, some of which they have customised and named, and make serious decisions that influence the plot of the entire game. The aim is to make the game feel as though the player is acting within a novel or movie, and that every one of their actions has a consequence.

Unfortunately, for many of these games, the reality of equalling a book, blockbuster or TV series when it comes to storytelling is unattainable. This is due to numerous technical issues as well as cultural causes, both of which often force developers to rely on environmental storytelling. These stories employ players to explore and recreate a cemented plotline based on environmental factors, much like 2007’s BioShock does, using recorded messages in a post-apocalyptic world.

These recordings have no real impact on what happens throughout the game, they simply inform the player of what has happened. While playing the game it may seem as though you are a crucial part of the story, but really all you’re doing is playing detective, assembling cohesive plot parts in an alien environment while the story continues regardless of what you do. Plus, most of the time these stories you are playing through aren’t even that good, especially when compared to other media. Arguably, even some of the best game-based stories cannot compete with the most mediocre novels, movies or series when it comes to immersion, detail and characterisation.

Even games with incredible plot lines evoke questions that would unsettle this modern gaming industry. For instance, What Remains of Edith Finch tells the tale of a young woman returning to her ominous, abandoned home in the Pacific Northwest – which fans of podcasts like Tanis and The Black Tapes will know is a common location for creepy fiction. While there, Edith Finch discovers she is the youngest surviving Finch, a family that settled in Seattle towards the end of the 19th century. Secrets, legend, curses and much more revolved around the family well before they immigrated, and continues in the United States. Now, Edith is the only remaining Finch and the curse that brings death to the Finch’s in unremarkable ways is sure to come for her.

What Remains of Edith Finch is undoubtedly a great game, where the fate of her family is discovered through diaries, letters, messages and many other mementos. The writing, structure and environment are all superb and players are sure to leave the game feeling content. Still, we must ask the question: did this story have to be told within a video game? Perhaps, the tale of Edith Fitch would have been better as an animated or even live-action movie, a graphic novel, a screenplay or a Netflix series. Instead, it is placed within a walking simulator, controlled by players who simply want to come to a conclusion about the Finch’s fate.

Maybe the problem is that the very root aim for games is not to tell stories. Poetry tells stories, literature chronicles experiences, film places narrative within space and time, and television blends real-world leisure and domesticity with epic tales. Though attempting to provide interactive stories is a noble feat, it is simply not what the foundation of gaming rests upon; it is not their natural ambition.

Though it is easy to forget in a modern world where games are expansive, exciting experiences with elaborate technology backing them up, games are fundamentally simple. For as long as humanity has existed, we have been creating games to alleviate boredom, and for millennia not one of these games that exist to this day had or needed a story. Board games that resemble modern day chess, for example, can be dated back to the 6th century.

Even now, there are hundreds of games that remain successful despite having no story line. In fact, the iGaming sector has created an enormously successful industry based on these games. Online casinos are flourishing due to people playing games like poker, roulette and baccarat, which have never had narrative pushed upon them. These titles are so popular that there are now online sites like Oddschecker which match games and sites against each other to ensure players can have the best time. Not a single story can be found within any of these games, and yet they continue to thrive.

The same can be said for older arcade, PC and video games, the ones that started the entire gaming industry. Tetris has absolutely no story, you just block pixels together and hope for the best. Pong is quite literally table tennis as a video game. Even contemporary games like the popular Total War series has no narrative beyond completing quests, and yet fans buy and play through every instalment that comes out. Meanwhile, you’d be hard-pressed to find a gaming sector that is doing better than smartphone apps, particularly games like Candy Crush and Bubble Witch where the stories are minimal. The common denominator, whether it be iGaming, smartphone, PC or home console gaming, is relief from boredom fused with a healthy dose of escapism.

There is no doubt that the ambition to tell an interactive story through gaming is a noble one, but it simply comes down to the fact that this is not gaming’s purpose. It may simply be time to let the authors, actors and artists of the world keep hold of the narrative, and take gaming back to basics. Games exist to excite, to enable escapism, to immerse players in a world that is not their own for a few hours. There is nothing wrong with playing through a game like Bioshock or What Remains of Edith Finch and enjoying the experience, but to pretend this is the future of gaming is to be utterly unambitious.