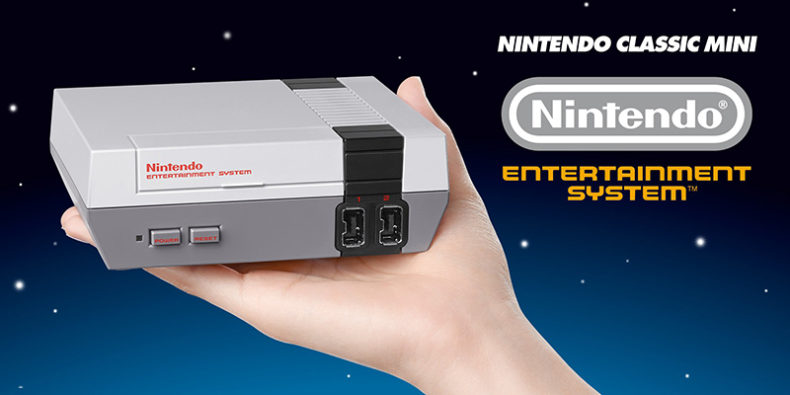 If you grew up in the 1980s and 1990s, or are just a fan of old games, there is reason to rejoice because Nintendo recently announced it was releasing a mini version of the Nintendo Entertainment System in November with 30 built in games.

The new system will be called the NES Classic Edition. The system looks just like the old NES system, but smaller. The game has 30 games built in and all you have to do is plug it to a power source and connect it to your television using an HDMI chord.

Since the games are built in, you don’t have to worry about using cartridges like the original NES, which became quite a hassle whenever dust got on the system, requiring you to blow the dust out before inserting the cartridge in the console.

One of the best things about the NES Classic is the fact that it will cost only $60, which is a great price, considering how expensive games and consoles are these days. While the graphics on the games will be terrible compared to the new games being developed today, it won’t matter to fans of the old system because they love the games they use to play on the system and aren’t expecting state of the art graphics.

With an expected November release, the NES Classic will be a hot commodity come holiday season, but Nintendo believes it will be able to have enough consoles available during the high demand period.

Some of the most popular classics from the old NES will be available on the NES Classic. Games like Super Mario Brothers, Donkey Kong, Donkey Kong Jr., Final Fantasy, Mega Man 2, Pac-Man, Tecmo Bowl, The Legend of Zelda, Castlevania, and Punch-out.

Although the company hasn’t confirmed anything, there are rumors that if the NES Classic does very well, the company will start working on making a mini version of the Super Nintendo Entertainment System, which was one of the company’s most popular consoles ever.

If Nintendo does decide to make a mini SNES, they will likely follow the same format by including built in versions of some of the most popular titles the system had, and I will likely be in line to pick up a copy as well.