Master The Battlefield: How You Can Succeed In The Brutal World Of Battlefield One 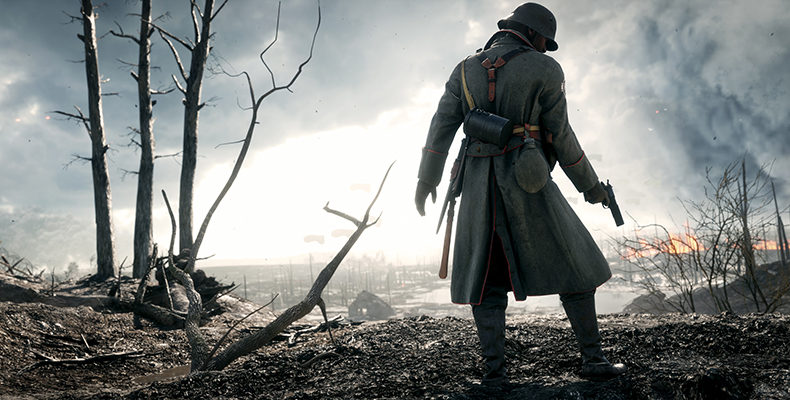 Battlefield one has been out for a few months now, and still thousands of people don’t really understand how the game’s mechanics work and end up running into wall after wall of unrelenting bullet barrage. But there are some hints and tips you can follow which can make you better, and indeed a master of the battlefield one universe. So settle down in your room, turn it oun, and try some of these out.

Arguably the best platform to play this on is PC, whether you use custom gaming laptops, desktops, and all-in-ones, the PC can truly make the most of battlefield’s war torn maps and top notch graphics. However, the console versions are both good too. Remember, it isn’t like the modern shooters you’re used to. It’s scrappy. Some of the weapons are woefully inaccurate and you may spend some time having to adjust to it, but it’s fine. There’s a learning curve to many games and this one isn’t any different. Don’t think it is because you’re bad, it’s just the game. You’ll get used to it.

Unlike some shooters, in BF1 you need to lead your targets. This is significant because rifles are commonplace and the machine guns don’t have a long range, so you need to make every rifle shot count. If an enemy is running left, aim slightly in front of them, and as high as you can to inflict the most damage possible. This way they will almost run onto the bullet. It can be a hard task to master, but when you get the hang of it it’ll make you lethal. Remember this is effected by how fast your enemy is moving and how far away you are from your target.

You need to find what you’re best at and try to stick to it. It could be sniping, which is quite hard in this game. Or perhaps a medic healing people on the battlefield or an assault soldier, running through the trenches and getting close to the enemy. Use all of the classes and try to find what you’re best at for the highest chances of success within the game. This doesn’t just apply to the classes but also the weapons. You may be great as a sniper, but better with one gun rather than the other, depending on how close you like to get to the enemy.

The vehicles on BF1 can let you rack up high kill counts whilst also helping your team in capturing or defending critical points. However, they take some time getting used to. You need to work out how to use all the facilities a tank can offer, and how to properly fly one of the rickety old planes. A great way of doing this is by playing some of the single player missions. They can teach you how to fly and how to use a tank properly. Making most of the vehicles can see you turn a losing streak into a winning one pretty quickly.