Level Up Your Net 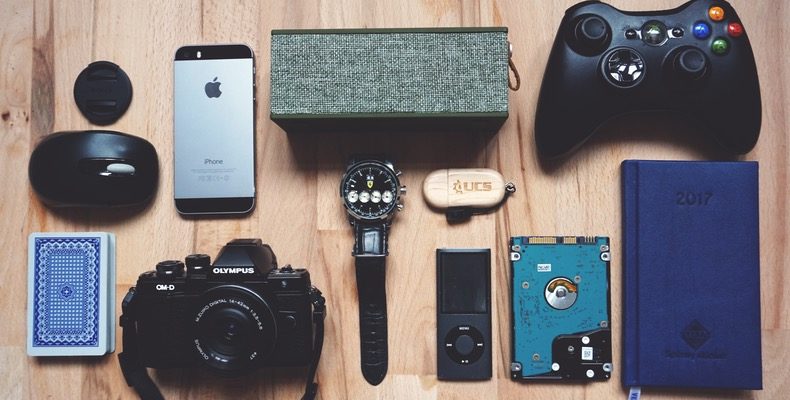 The life of an Australian gamer is hard. For a large amount of multiplayer games, you’re already going to be forced onto American or European servers. Even on games that have local servers, If you’re anywhere other than Sydney or Melbourne odds are you’ll have a decent amount of ping connecting to them, or experience a decent amount of lag. What’s more, without the NBN some of the bigger new releases can take literally days to download and play.

Things just go smoother with better quality internet, as anybody who’s tried to headshot a Tracer at 200 ping or flash a Malphite ult can tell you. The alternative just feels plain horrible, you’ll drop matches, lose kills or points, and rubber-band all over the place; there’s nothing worse than feeling out of control in those scenarios.

The Need for Speed

The average size of a AAA game release is getting gigantic.

Skyrim was only 6gb at launch (with patches, it’s now around 11.2gb), and at the time it boasted one of the largest in-game maps ever created.

Mass Effect: Andromeda released in late March with a gigantic 42.9gb release download, and Horizon: Zero Dawn a week or two earlier with 39gb. With Australia’s national average of 8Mbps, at peak efficiency it would take the average Australian around fifteen hours to download one of them.

Conversely, the NBN goes up to a maximum of 100Mbps, which would cut that down to a measly 1.25 hours. Set up the download, grab yourself a bite to eat, then go save the galaxy.

As Twitch gets ready to unleash 4K streaming (recently increasing their recommended intake up to 6 megabits!), you’re also going to need an increasingly better connection just to see other people play videogames.

The Fallout of bad internet

The absolute bane of online play is discovering, against all your efforts, prayers, and little rituals, that your ping has skyrocketed for no reason.

It’s like playing out of sync of time. You’ll shoot the air or fire a skillshot at somebody on your screen only to realize that the server actually thinks they’re 10 feet away, or get hooked by a Roadhog that you thought was behind a corner.

If you’ve ever found yourself shouting “but I wasn’t even there!”, then you’re a victim of ping spiking. In very harsh circumstance, this can also lead to an even worse thing called Packet Loss, where your computer fails to give all the uploaded information to the game (packets); prepare to see things teleport around the screen and suddenly lose.

In the vast majority of instances, this is a colossal disadvantage, and will lower your rate of play significantly (although in some games, players can get banned for using a Lagswitch to game the system).

Spiking to 200ms might not seem much (after all, it’s literally .2 of a second), but let’s get a bit technical and take a case study in Street Fighter.

Ryu’s standing medium punch has 5 frames of startup time. At 60 frames per second (the native speed of Street Fighter V), you’re looking at 1\20th of a second (or 50ms) of reaction time to block it. If your internet is chugging along slow enough to be connecting at 200ms to somebody else in Australia (when realistically, somebody in your city should be a max of 30), it’ll come out four times faster than you can react.

In fact, Ryu’s slowest ability, his collarbone breaker at 22 frames, will leave you with 20ms room to maneuver.

In less insanely specific terms (after all, most fighting games are based on mindgames rather than reactions), landing a skillshot in League of Legends no longer becomes a simple exercise in drawing a line between you and your target. Instead, you have to figure out where the client thinks you are, where the client thinks the enemy is, and then draw a line through that that starts on a 200ms delay from your input.

Whether you’re missing a shot on goal in Fifa or Rocket League, or seeing a grey screen in Dark Souls, intermittent or laggy connection is the mark of a gamer who loses a lot outside of their own control.

The most obvious solution for all of these issues is to find yourself a stable connection with decent speeds. We’d strongly recommend wired over wireless connections, as they’re much more susceptible to dropouts.

While download speeds can reach up to about 30-40mbps in lucky non NBN houses (though, as we said, you’re more likely to be hovering around 8), even those will be hamstrung by a poor maximum upload speed of 1-3mbps. This is too poor to do any significant livestreaming, and sometimes can affect your own position in games too.

If you’re unsure of what kind of connection most suits you (more is better, but it’s a good idea to not get more than you actually need!), then check out this Link (hehe). Or, if you actually want some resources rather than a bad pun, check out actual on how to pick the right connection by real life developer and comedy all rounder, John Reisinger from Aussie Broadband.

With a stable NBN connection, you’ll have all the firepower you need to stop worrying about general Australian gaming issues.