Heroes Of The Storm Review 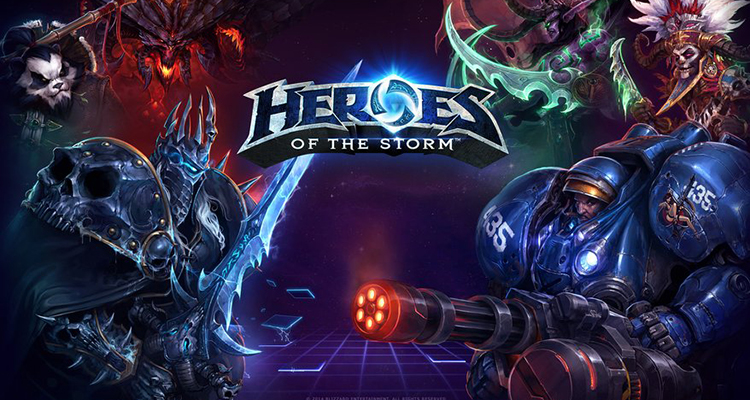 This means that you can use your favorite characters from games like Warcraft, StarCraft, and Diablo, allowing you to settle the long time debates you have had with your friends about which character is the strongest.

The blending of the different worlds and characters make the game a lot of fun, and as expected, the game retains Blizzard’s quality and sense of humor.

In Heroes of the Storm, you can team up with your friends and go head to head with another group of players, and like any true fighting game, positioning, timing, and cooperation are important if you want to win the fights.

Each hero plays a distinct role, and brings a unique ability to the table, which means that there are hundreds of cool combos to use. The fights in this game happen early and often, so you won’t have to wait long before you get into your first skirmish.

One of the things that fans will appreciate about Heroes of the Storm is the fact that the fights usually won’t take longer than 20 minutes. There will be a few exceptions that go over the mark, but for the most part, the fights are kept short and sweet.

Leveling up in the game is a mixed bag, on one hand, you can only level up as a team, which is great because it means that there isn’t going to be a superior player in the group, because everybody’s skills will be the same. On the flip side, it makes it harder to carry an under- leveled team to an unexpected victory.

The game starts with seven battlegrounds, each of which has its own unique layout. It also seems like certain heroes are stronger on certain maps than others. The fact that some of the heroes have advantages on certain maps should be able to be used to a team’s advantage. Unfortunately, since you don’t know which map you will be playing on, it makes it difficult to plan ahead.

Heroes of the Storm is supposed to be a free game, but it can get expensive pretty quickly. New players have to pay for certain heroes that aren’t available from the beginning, and there are other items that they will be tempted to pick up along the way. Most of the items don’t have a big price tag, but the purchases start to add up after a while.

Storm of Heroes is a really fun gaming experience, not only because you have all your favorite Blizzard characters in one place. The world map is amazing, as are the fight scenes. If you enjoy Warcraft, and Diablo, you will definitely enjoy this game.

Reviews
About the Author
Nick Saban

Nick is a social and community editor for news. He spends his time figuring out how to involve readers better in our journalism, and trying to ensure we cover the topics and angles they want us to cover. He also writes about politics, books, music, film, technology and cycling.
You might also like
Reviews

Rising Tide is the first expansion pack for Beyond Earth that throws in quite a few features in the existing games, such as the floating aquatic cities, new factions, biomes, and the new diplomacy system that adds a new dimension to the game. Firaxis, the developer for Beyond Earth has done a commendable job in […]

The release of the recent Mad Max movie pumped new life into the franchise, leading to the release of the Mad Max video game. This is something that has been done a lot of times over the years with popular movies and television show. Most of the time, the games that are based on a […]

When it comes to car racing video games, the Forza series has quickly become one of the best games out there. With the release of Forza 6, racing fans are wondering if they should invest in the new version or stick to the popular Forza Motorsport 5. If you are on the fence, this review […]